Learn About The Trinity Lutheran Church

Trinity Evangelical Lutheran Church [TELC] has a long history of Christian ministries in Santa Barbara.  So many outreach programs and benevolences have been made possible through special gifts to our Endowment Fund.   We are thankful to so many past and present members who had a vision for TELC and gave generously to accomplish so much.

The Church established the Trinity Endowment Fund on June 15, 1980. The mission of the Endowment was to provide a vehicle for funding God’s work. Today the Endowment supports outreach and benevolences; our Pastor for Children, Youth and Family Ministries, Outreach and Social Justice; scholarships for Little Angels and Christian Colleges; and facilitates TELC capital expenditures and equipment purchases.

The founding officers for the Endowment were Gaylord C. Hanson, chairman; John Rydell II, secretary; John Smith, treasurer; and Cal Hansen and Alma Pearson. Three families provided the first donation of funds, and at the end of the first year and a half, the balance for the Endowment was just over $6000. In December of 1999, a generous donor gave $50,200 to establish a Scholarship Fund for college students in the congregation; donors, over the years, have added to that amount.  Especially noteworthy was a generous gift made by Alma Pearson, who gave $1.7 million to the Endowment in 2009.

Today the Endowment has grown to about $2.5 million with many gifts made on a testamentary basis through wills and trusts.  Current leadership of the Endowment committee includes: John Rydell, Chair; Tom Brooks, Treasurer, Bob Huhn, Secretary; Richard Church, Scholarship Coordinator; and Judy Larson, Marketing. 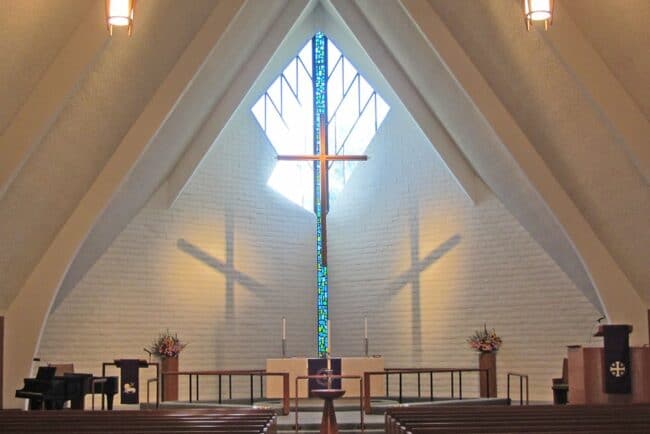 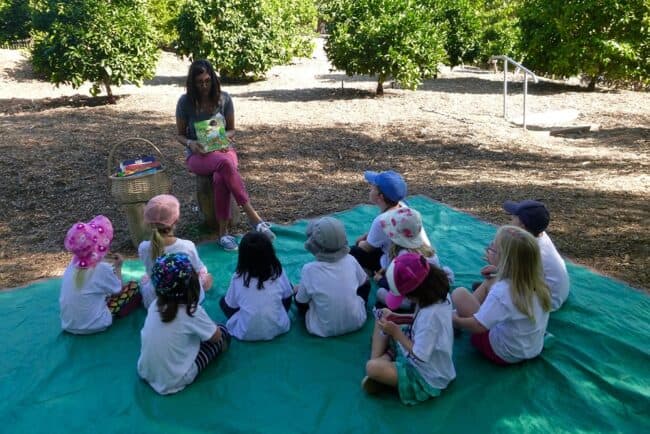 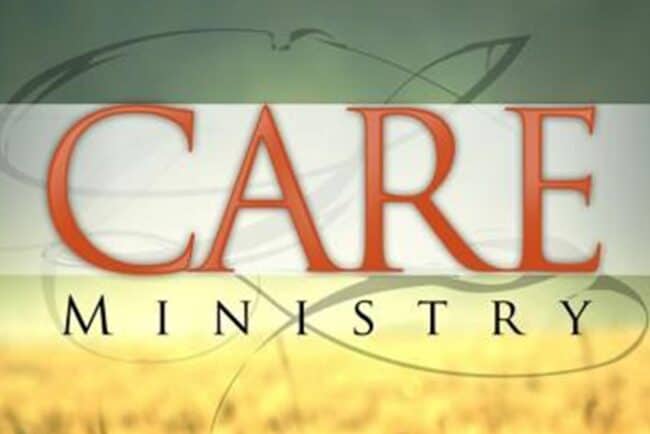 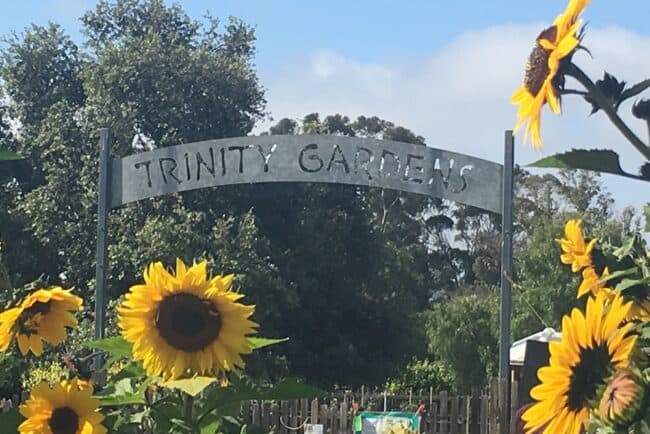 The Endowment Fund helps with so many remarkable projects today including some of the following:

Trinity’s Garden Song Day Camp is an annual summer day camp open to all community families.  The camp runs one week each summer and is focused on Trinity Gardens, giving children opportunities to celebrate God, our Creator, harvest food and learn about sustainability.  Activities include storytelling, music, craft activities, games, food and so much more.  The Endowment Fund helps with operation costs of running this fun day camp and also offers scholarships to deserving families in our community.

For the health and benefit of the congregation and the community at large, the Endowment Fund supports a Parish Nurse.  She is available to talk with Church members about health concerns, to do limited health screening, to give vaccinations, and to offer health, fitness, and nutrition advice.

The Endowment funds a pastor who coordinates outreach and social justice in Santa Barbara and beyond. Pastor Thomas Voelp divides his time between Children and Family Programming and Outreach and Social Justice Ministries.

The Endowment Committee works with the Outreach Committee and our local Synod to fund many programs that help world organizations as well as local Santa Barbara programs.

The Endowment Fund has helped with equipment purchases for Trinity Gardens as well as funding needed garden improvements. In turn, Trinity Gardens donates fresh produce to programs that feed the hungry including our own Grace Food Pantry.

The Endowment Funds makes contributions to the capital reserve fund, which is managed by the church Council for many projects benefiting the long-term well-being of the physical structures on Trinity’s campus. The Endowment Fund supports necessary repairs and renovations to church buildings and facilities

Ministries of the Southwest California Synod and Evangelical Lutheran Church in America
https://elca.org/

DONORS TO THE ENDOWMENT

We are grateful to past donors to the Endowment Fund, which currently is valued over $2.5 million. We recognize the vision of our generous founding donors: Clifford and Alma Pearson; Don and Christine Anderson; Gaylord Carl Hanson. Over the years, so many others have added to the principal of the Endowment Fund. Contributions to the Fund continue to come as memorials or other special gifts. Expenditures from the Endowment Fund are guided by continuing resolutions. Requests or changes in policy are voted on by the Endowment Fund Committee and Church Council.  Certain requests for funds go to the full Church membership for a vote.  Requests and petitions are made to the Endowment Committee as needs arise in the Church.

Trinity Lutheran Evangelical Church thanks dozens of members for major gifts in the last 40 years, most of which have been given mostly without restrictions, to be used where most needed.

We are grateful to generous donors to the Endowment at Trinity Lutheran Church.

HAVE YOU MADE A GIFT
TO THE TELC ENDOWMENT?

We thank you! God has blessed Trinity Lutheran Evangelical Church for the past 120 years.

PLEASE CONSIDER
A LEGACY GIFT TO THE TELC ENDOWMENT

Can we count on you to help grow our Endowment so that we can continue to reach out in Christian love? Here at TELC we praise God for all outreach and benevolences at Trinity Lutheran Church. Let’s grow the Endowment for the next century!

Anyone wanting to make a contribution to the Endowment Fund should contact the office. You may include a gift to the Trinity Endowment Fund in your will or Trust or donations may be made via cash, appreciated stock, or other financial means. Giving a legacy gift now will protect your loved ones in the future. A legacy gift could possibly reduce your Tax burden, even if you itemize.  We are here to answer your questions.  A financial advisor is available through the ELCA who can work with you to answer questions and help you decide the best way for you to make an Endowment Gift.  Gifts to the Endowment are the foundation for building a dynamic future for Trinity Lutheran Evangelical Church.  We believe God blesses each and every gift towards to work of the Kingdom!

Stay Up To Date With Our

We Thank You For Your Generosity

Thank you for your generous financial offerings that enable the ministries of Trinity to continue and flourish.

Feel free to join us each Wednesday at 10:00 AM fo

Please Note there is no Youth Group tonight, Octob